I somehow got my first work being paid in the music business when I was 15. Since then I’ve managed to work in nearly every facet of the music business. If a stranger happens to know who I am, they usually know me from being lucky enough to have worked on records in various capacities with bands like The Cure, Animal Collective, The Misfits, The Dillinger Escape Plan, Brand New, Limp Bizkit, Man Overboard, Somos, Basement, Kevin Devine, Weird Al Yankovic, NOFX and The Menzingers. I’m also known for writing the book Get More Fans: The DIY Guide To The New Music Business, which has gone on to be one of the most popular books on the music business as well as the best selling book on creativity in music Processing Creativity: The Tools, Practices And Habits Used To Make Music You’re Happy With. I also host two podcasts, Off The Record and Noise Creators and write articles on the music business for various sites like Alternative Press and Party Smasher Inc. along with a handful of others.

But that doesn’t explain how I got to do all of that and that’s what I’m supposed to explain here. When I was 15 I started to get paid for doing live sound at concerts and spoken word events. Two years later, a hilarious and fun guy by the name of Stork liked my mixes and invited me to engineer live performances at the world-renowned freeform radio station WFMU. There I was lucky enough to work for 9 years recording acts like The Magnetic Fields, Spoon, The Sea and The Cake, Olivia Tremor Control and a couple hundred others. Because of this I started doing live sound at local clubs The Pipeline and Connections. In time, I started booking shows for the company that booked those clubs and the legendary Coney Island High in NYC. Somewhere in this time I got my first credit on a record singing back up vocals on a song with Joey & Dee Dee Ramone, which I still question if I’ve ever topped.

Those jobs gave me enough courage to put on my own concerts, and be crazy enough to think I knew what I was doing enough to start recording local bands. But all of this would happen at night, so I needed a day job. I then started working at my local punk record store (Let It Rock), which then qualified me to work at Soapbox Records on St. Marks Place in NYC. This was great since it also housed esteemed indie label Go-Kart Records where I ran the record store and did publicity. While I love marketing, PR is way too social for me and I preferred talking to creative people instead of cranky zine editors. I was also writing for the esteemed zines of the day like Tape Op, Punk Planet and Maximum RockNRoll. So I decided to stop doing live sound and working at record labels in order to focus on record production. My boss at Go Kart was kind enough to give me a recommendation to Alan Douches at West West Side Music, who happens to be the engineer with the most credits in all of music history.

At West West Side I got to learn how to engineer and master from the best in the business. Not only did I get to work under Alan’s amazing talent, the best producers in the business were coming by every day (J. Robbins, John Agnello, Brian McTernan) as well as the coolest bands around seemed to walk in the door every day (Fatboy Slim, Fall Out Boy, LCD Soundsystem, Brand New). In that time, I met Steve Evetts (one of my favorite producers growing up) and got to work with him on great records by The Dillinger Escape Plan, Senses Fail, Saves The Day and Say Anything. He then brought me to work with Ross Robinson (my other favorite producer growing up) and I got to work with The Cure & Limp Bizkit among others under him.

While all that was happening, two other significant parts of the story happened. I harnessed my own production skills and they became so in demand I started my own studio Cannon Found Soundation, which I still run to this day working with hundreds of bands a year. In that time these two interests collided and I decided to start a blog on the things other blogs weren’t writing about in music and wanted to show all the secrets being hidden since that’s the most punk thing you can do and punk is the closest thing I have to a religion.

This blog became Musformation, a blog I continued through 2015, when I decided to diversify my writing across sites with bigger audiences. The blog’s music business articles seemed to be very popular and really resonated, so I decided to go with it. I started helping and then managing the two most promising bands I was producing — Man Overboard and Transit, so I could experiment with the ideas I was writing about. These ideas turned out to be right and both signed with one of the biggest indies in the world (Rise Records) and built massive fanbases under my watch.

That was fun and all, but managing and producing records full-time do not mix. So those bands went their way and I kept producing records. A lot of bands asked me to manage them, but I like sleep and hate stress so I decided against that option. I instead put out my book Get More Fans, so every band could learn everything I did working with them and researching the new music business. Because of that book I got a reputation for knowing music tech, which led me to getting approached to do the podcast, Off The Record and form Noise Creators, a service I co-founded that helps connect musicians with the best producers in music today. I now host Atlantic Records Inside The Album where I make audio documentaries on the creative processes of some of the best artists in music like Dashboard Confessional, nothing.nowhere, Jason Mraz and Vance Joy.

In 2017 I released Processing Creativity to much praise, I am presently working on a bunch of conversations I want to have on how we change the way people create music to reflect when creative science says enhances creativity. I am trying to change the way records are made and always looking for bands who are interested in doing something new and interesting. I am presently producing, mixing and mastering records 7 days a week and developing a documentary.

In 2020 I took on production duties for the hit podcast The Daily Beast’s The New Abnormal as well as their other fantastic podcasts Fever Dreams & The Last Laugh.

In 2021 I opened Podstream Studios a live streaming & podcast studio in the heart of Times Square as well as Brooklyn Recording Paradise Brooklyn’s most enjoyable recording environment. 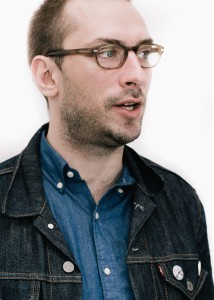